A Spark of Hope for Psychological Disorders

A breakthrough in neuroscience could revolutionise psychological care 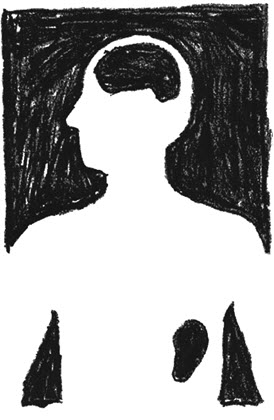 In the future, specialists may be able to insert a tiny implant in the body – not much larger than a grain of rice – and with it relieve, cure or otherwise correct a great number of ailments and conditions. It sounds like science fiction, but the reality is that treatments like this are not all that far away.

In this type of therapy, the implant would work by tapping directly in to the body’s nervous system through a precisely selected bundle of nerves. It would then detect aberrant electrical signals, such as an errant nerve impulse that leads to problematic overproduction of particular hormone or otherwise causes the body to behave in a self-destructive manner.

By detecting these signals and countering with a carefully calibrated electrical pulse, the implant could effectively override the problematic signals and alleviate the condition. No drugs, surgical procedures or therapy required.

The implications for modern medicine are enormous, and this method of treatment could become a near panacea for a range of non-infectious diseases.

Neuromodulation: It’s Nothing New
Treatments of this nature fall under a field of therapy known as neuromodulation – and it’s actually not all that new of a science. In the most practical sense, doctors have been placing electrical implants in the human body for decades. Pacemakers and cochlear implants both emit minute electrical impulses to amazing effect.

Neuromodulation may have been around for a while, but it’s still very much an emerging science. There are several next-generation devices—either in clinical trials or on the market right now—that aim to address a variety of debilitating conditions, including the following:

All of the above represent promising fields of study for neuromodulation.

Decoding Neurological Signals in the Brain
Tapping into a bundle of nerves and normalising its electrical impulses is one thing, but the brain presents an entirely more challenging frontier. There are around 100 billion neurons densely packed into this nerve centre, and yet scientists are optimistic that we will one day be able to decode the electrical storm of impulses produced here.

The implications for improving brain function and resolving profound behavioural and neurological disorders are significant, to say the least. Emad Eskandar, an attending neurosurgeon at Massachusetts General Hospital, has already received a US$30 million grand for research in this area. This is being used to fund research, a portion of which involves comparing the brains of healthy control subjects with those of neuropsychiatric patients.

As the medical community learns more about how the brain functions there is promise that we will be able to design neuromodulation therapies to treat host of psychiatric disorders and that’s something worth getting excited about.

Next post: Deep-Brain Simulation – The Best Treatment for Parkinson’s Disease?