Modern neural science began at the turn of the 20th century, when Spanish neuroscientist Santiago Ramón y Cajal produced a series of illustrations explaining how neurons communicate over synapses in the brain. These illustrations represented an unprecedented discovery and fundamentally changed the way that we approached matters of the brain.

Today, we have a much stronger understanding of how the brain works – enabling cutting-edge brain imagery such as fMRIs and electroencephalographies (EEGs).

A breakthrough in brain imaging is offering researchers a new way to study the brain and it shows great promise for the future of neuroscience. 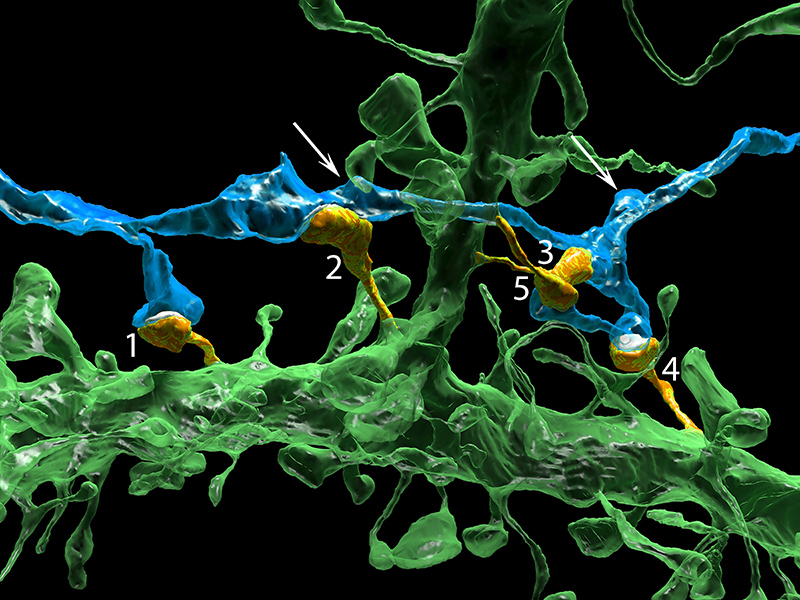 The study, which was published in the journal Cell  in July 2015 presents a new system for imaging and analysing neurons. It’s able to explore the brain on a much finer scale than previously, which researchers hope will help to shed light on neural development, brain disorders and much more.

Brain samples were taken from mice and cutting them with a diamond knife into 30-nanometre slices. These are then photographed with an electron microscope, and the data analysed with a program developed by one of the study’s authors. This creates ultra-high-quality, colour images of brain matter at the synaptic level.

This study is not driven by specific questions or a hypothesis, it is instead, purely inquisitive.

This open-minded approach has already lead to some surprise findings. Amongst other things, the new data may have disproven a previous hypothesis that neurons will form synapses based on proximity alone. “The complexity of the brain is much more than what we had ever imagined,” said Narayanan Kasthuri, one of the study’s authors.

The study hopes to create a “brain library” accessible to neuroscientists around the world. The hope is that future discoveries will result from collecting massive amounts of data and sharing it with the scientific community.

Previous post: The Most Complete Brain Model to Date